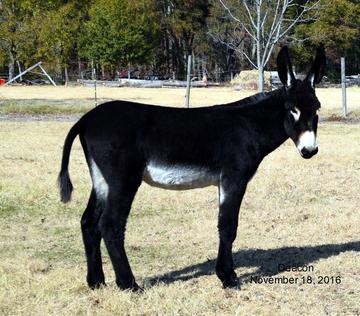 Owned and operated by John Cooley 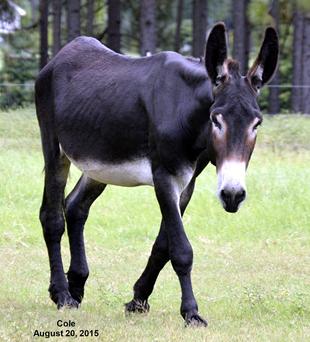 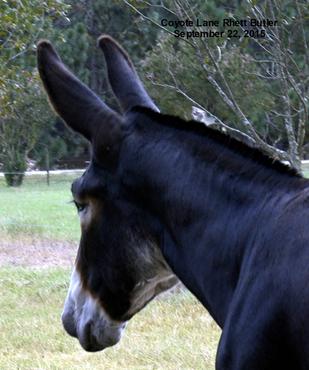 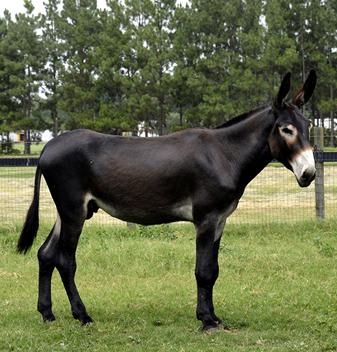 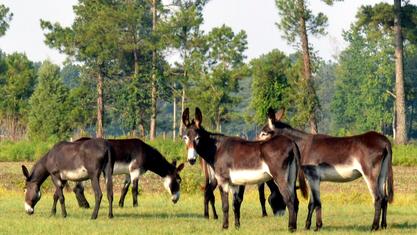 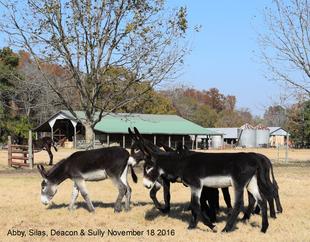 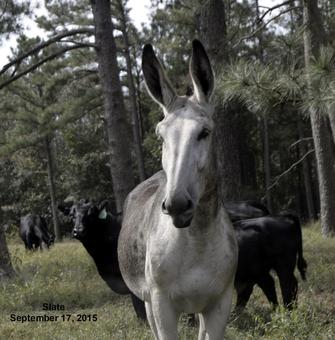 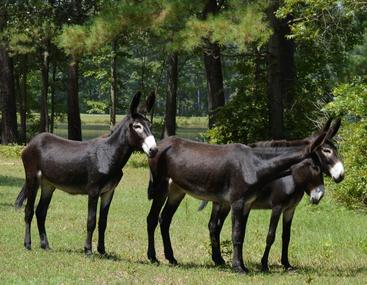 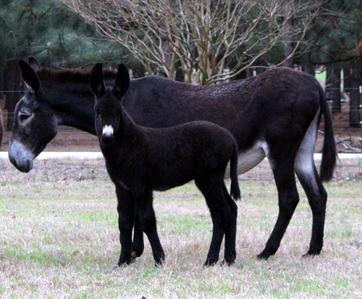 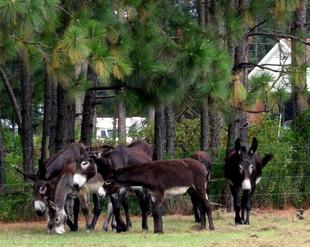 Our Farm is located in Wagram, in the NC Sandhills of Scotland County. Wagram is located twenty miles south of Southern Pines, 40 miles Southwest of Fayetteville, and 20 miles north of the North Carolina/South Carolina Line just off of U.S. Highway 401.

We are a breeding farm for quality American Mammoth Jackstock.  Since 1998 John Cooley has researched, looked far and wide for specific foundation bloodlines and body types for selective breeding to build one of the best American Mammoth Jackstock breeding programs anywhere. Our goal is to breed a well-mannered, sweet natured, intelligent, forward moving, athletic Mammoth with balanced conformation using valuable old foundation bloodlines throughout our herd.  We have some of the best foundation bloodlines to be found anywhere; including Rancho La Burrada Walter, 3 Jumps Big Louie, Siemon’s Glen, Preacher, Bully Boy, Jen Jack, Sid and Julio bloodlines.

A heritage breed is a traditional livestock raised by our forefathers in the United States. The American Mammoth Jackstock is a unique heritage breed of large donkey going back to the late 1700’s. The Livestock Conservatory now has the American Mammoth Jackstock listed as an endangered breed.  We know that Jackstock breeders selectively breeding for quality mammoths with foundation bloodlines are becoming just as rare.

The American Mammoth jackstock were developed in the United States from imported large European breeds mixed with our native stock left here by the earlier Spanish Explorers.  The Mammoth was created to be used in the breeding of strong superior work mules. George Washington was one of many breeders who contributed to the creation the American Mammoth Jackstock Donkey.  The King of Spain gifted him two large jacks.  One died in transit over here on the ship and the other he named Royal Gift.

Large jacks (male mammoths) were crossed with mares (horses) to create mules.  Horses have 64 chromosomes and Mammoths have 62 chromosomes. Mules only have 63 chromosomes and are sterile. The Mammoth donkey is the largest size of donkey and is known for being easy going, kind and deeply affectionate towards people. In order to register a mammoth donkey with the AMJS (American Mammoth Jackstock Society) a mammoth must be at least 58" (14.2 hands) at the withers (shoulder) for a jack and 54" (14 hands) for a jenny.  For those of you learning a “hand” is an old English measurement, 4 inches to a hand.  Donkeys are not horses, there is a difference in how they are built and their eating habits.  Donkeys can not tolerate high protein feeding. They come from desert stock and need to eat roughage.  Any one that thinks donkeys are slow, better think again they can run and are quick and highly accurate if they need to be.  Mammoths are truly the gentle giants of the donkey world.

Here at our farm we have adult jackstock ranging from 14 hands to 16.2 hands and weighing between 900 and 1200 pounds.  They’re as big as horses.  Mammoths are slow growing and are not full grown until six years old.  Our jackstock is still growing at three years and some have grown as much as six inches in their third year. Mammoths can live to be almost 40 years old. Mammoths come in many colors black, gray and sorrels (red).  Here at Cooley’s Mammoth Jackstock we only breed black with white points and grays.

Mammoths are the strongest animals I have ever worked with, much stronger than a horse. Their strength and gentle nature is amazing.  They are used in many ways: companionship, trail riding, driving, and we run ours with our cattle.  Mammoths tend to not like canines, especially coyotes and they are very protective of their herd.  It is possible to have dogs as we do and they can exist together.  Not much goes on around their pasture that those ears don’t pick up on what is happening. Mammoths tend not to run in fright as horses do, they freeze and try to think through the situation before deciding to run or fight.  Once you have a mammoth’s trust, he or she will do anything to please you.  They are growing to be quite popular because of their laid-back attitudes and their surefootedness on the trail; they are great riding companions and are used to drive behind carts, a few folks use them to plow with.

Mammoths are a special animal and extremely addictive. As you spend time with them they will fascinate you with their sweet disposition, intelligence, mischievous humor and personalities. Mammoths love to be loved on and they give just as much affection back to you.  They hug you with their bodies and rest their heads on your shoulder.  Their eyes tell you of their intelligence as they look you in the eye.  You can go spend time with them and they are the best stress relievers around.  They can put your world back in balance and bring calmness back to your inner self.

Plus you gotta love their long ears and then there is the “Bray” … there is not another sound like it!
We sell our Jackstock all over the United States, Mexico and Canada.  We have qualified dependable haulers available for shipping if needed.  If you are interested in one or more of our mammoths, please contact us and we will be glad to answer all of your questions.  Visitors are welcome.

For sales information you may contact us at cooleysmammothjackstock@gmail.com